Cyclochila australasiae (Donovan, 1805) is found in Australia and is remarkable for its variety of color morph, including green (Green Grocers), yellow (Yellow Mondays), blue (Blue Moons), and orange (Masked Devils). 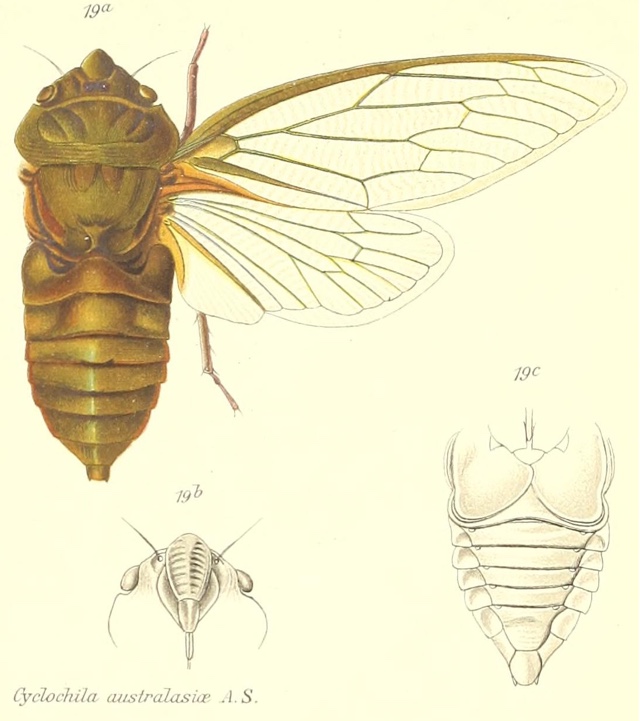 Characters. — Head about long as breadth between eyes, including eyes distinctly narrower than pronotum but almost as wide as its anterior margin, ocelli close together near middle of vertex, very much more remote from eyes than from each other; face longer than broad, moderately globose; pronotum about as long as mesonotum including the cruciform elevation, its lateral. margins moderately convexly ampliated ; abdomen about as long as space between apex of head and base of cruciform elevation, beneath moderately convex ; opercula short, not passing base of abdomen ; tegmina about or nearly three times longer than broad, basal cell scarcely longer than broad, apical areas eight; wings more than half the length of tegmina, apical areas six.